Lost your password? Please enter your email address. You will receive a link and will create a new password via email.

Given below are the Basic MCQ questions on Series and Parallel resistors.

Good to know: Ohm’s is SI unit of resistance

A series circuit having two series resistors has 5 mA current

For the series circuit of present case R = R1 + R2

Four resistors (all having resistance 5 ohms) should be connected in which way to obtain R(eq) = 5 ohms:

Good to know. If ‘n’ number of resistors having the same value of resistance are connected in parallel, then Req = R/n

Where R is resistance of one resistor and n is total number of resistors. 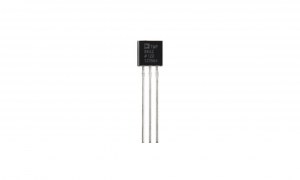 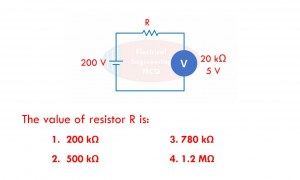 If voltmeter connected in the configuration below reads 5 V, ...

Any cookies that may not be particularly necessary for the website to function and is used specifically to collect user personal data via analytics, ads, other embedded contents are termed as non-necessary cookies. It is mandatory to procure user consent prior to running these cookies on your website.